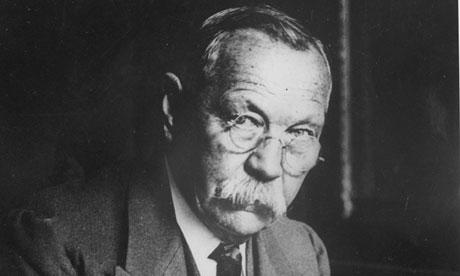 The 1920’s was a time period of social and economic change. People were tired of living a legacy of war and sorrow. They wanted to live life on their terms and not what society deemed as acceptable or tolerated. There was a hint of the curious in people. Eager to explore beyond their own backyards by going out into the world and try new things. But while these were deemed forbidden or taboo it didn’t stop the rich and famous. No, they led and mere mortals followed. For instance magic shows were something a sober upstanding and law abiding citizen would not normally attend. However, they became a public phenomenon and no one was more public and a forbidden marvel than Harry Houdini and his magic performances that made viewers believe. Also, people enjoyed participating in popular parlour board games such as seances or Ouija boards giving them a chance to communicate with the dearly departed. This too became a phenomenon making skeptics into believers. Lastly, Spiritualism became all the rage among many famous people or newly turned believers of the day.  Famous author and noted believer Sir Arthur Conan Doyle was a strong advocate and was often found to lecture on his theories and beliefs. So strong was his beliefs that he felt Houdini had supernatural skills and even when the magic trick was explain he refused to believe otherwise.  The author felt there was a commonality between spiritualism and motion picture industry. But let us not forget Doyle’s interest goes back further than Rudolph and Natacha.  During and after WWI Doyle was a member of the Society for Physical Research and became friends with all sorts of people with a shared intriguing interest.  Rambova’s interest started at a young age and believed strongly in reincarnation and automatic writing.  She surrounded herself with people that had a shared belief and was firm follower of Madame Helen Blavatsky. When she became involved with Rudolph Valentino, she shared her personal beliefs. During the course of their relationship he became an enthusiast and newspapers have documented the couple’s belief extensively.  June Mathis the woman who discovered him and other mother were also believers.  However, when Valentino’s marriage to Rambova ended so did his interest with spiritualism.  On his death bed he reconciled with the Roman Catholic faith. Rambova eventually reinvented herself as a world known Egyptologist and carried her belief to the grave. 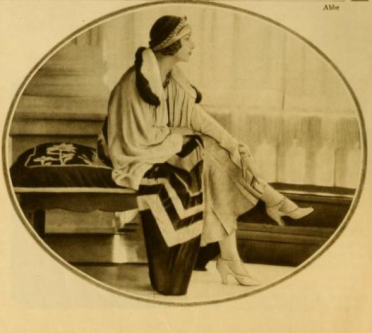 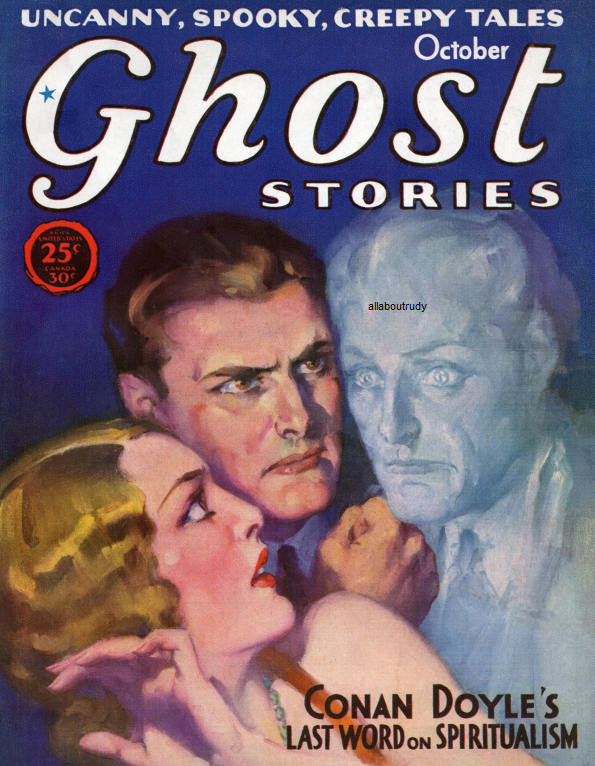 This interview seemed a culmination of Doyle’s fanaticism with spiritualism. The writer starts out writing Conan Doyle’s last words to me were “Spiritualism is the most important fact in life, and we must make this world accept it in the interests of both worlds”.  Towards the end of interview, he talked about how Doyle would talk to crowds about spiritualism and the mileage he traveled.  Sir Arthur Conan Doyle did make a promise and his final words were published in the New York Times that I have included in this blog post.

There has been no evidence that suggests the Valentino’s ever personally met Sir Arthur Conan Doyle. But at one time, all had a shared interest, in spiritualism and the great beyond. How fascinating it would be to read about them having a conversation where they share opinions on mutual interests. The spiritualism movement continued into the early 1930’s and interest declined thereafter.