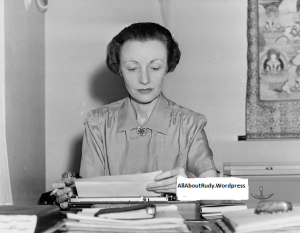 Sometimes Edward Montaigne, head scenario writer at Universal Studios admits the astonishing ideas that are presented to him. One time there was a spiritualist lady who is in constant communication with Rudolph Valentino. In the spirit world, she writes, Rudy has met Edith Cavell who insists that he must make one more picture on earth. For a consideration she will sell Valentino’s services to Universal to write and direct a movie. 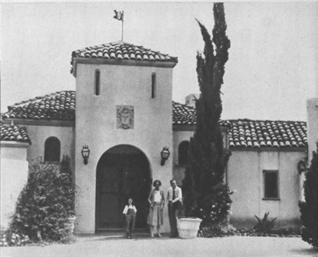 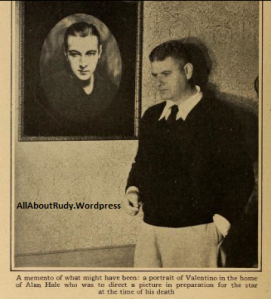 The death of Rudolph Valentino is one of the greatest tragedies that has occurred in the history of the motion-picture industry. As an actor he achieved fame & distinction; as a friend he commanded love and admiration. We of the film industry, through his death, lose a very dear friend, a man of great charm and kindliness – Aug 1926 Charlie Chaplain

An Exchange telegram from New York says Mr. Rudolph Valentino died yesterday. Death followed an unavailing blood transfusion. An X-ray examination has revealed that pleurisy affected the walls of the heart. No monarch or war hero ever aroused more sympathetic public interest anywhere than Valentino during the illness which ended fatally to-day. From the day last week when he was taken to a nursing home all sources of public information were sought for news of his condition, and when the word “relapse” spread in New York yesterday crowds gathered about the nursing home and practically besieged the telephone companies and newspapers. Women by hundreds brought flowers and prayed on the steps of the building where the patient was lying. Because America is the chief motion picture manufacturer and Valentino was the most romantic star of this new form of entertainment, he was to American flappers generally almost what the Prince of Wales is to the English. Recently, when the Chicago “Tribune” charged Valentino with effeminizing American manhood by his influence, and Valentino challenged the editor to a duel with boxing gloves, a wave of indignation in his favour rushed from millions of American women.

The date was 23 Aug 16, the time 1210 hours, Hollywood Forever Cemetery, was the location for the annual memorial service that was attended by quite a few fans of Rudolph Valentino, including Rudy’s great niece Ms. Sylvia Valentino-Huber and my special correspondent for this event Mr. Bryce Rubie.  Once again, a special thank you to Mr. Tracy Terhune’s genius in putting together another memorable tribute. This year was the 90th anniversary of the passing of Silent Film Star Rudolph Valentino. The featured displays depicted headlines in bold print of Rudy’s passing. So much time, has passed since our favorite actor has died. However, time continues on, with another memorial service with the message “he has not been forgotten”. The montage and the clips from the funeral of Rudolph Valentino were very moving.  The featured singer, Mr. Nick Palance whose Songs of Inspiration was very inspiring.  Mr. Rudy Freeman was a featured speaker who spoke about  his break-out in acting. I was unfortunate to miss out this year and I appreciate Mr. Bryce Rubie attending on my behalf. 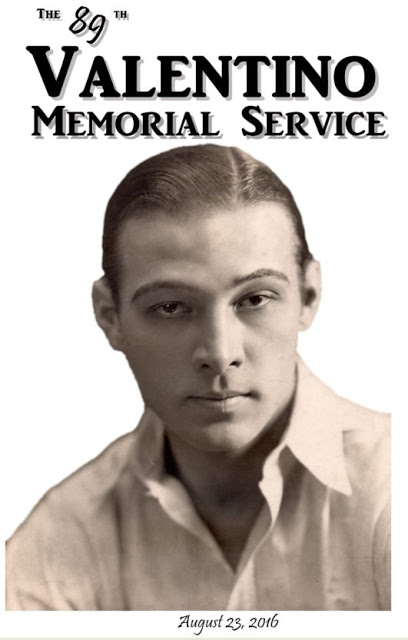 My bags were packed and ready to attend tomorrow’s 89th Annual Memorial Service. However, faced with a health issue it was in my best interest not to fly but stay and recover left me feeling sad. I planned all year to come back to Los Angeles and attend this year’s memorial service, take time and visit Rudolph’s grave, and friends. So I have a “special correspondent” who will attend the Memorial Service and give me his report. If you are in the L.A. area PLEASE take the time and attend tomorrow’s 89th Annual Valentino Memorial Service.

Desirous of meeting the public’s insistent demand for Valentino Pictures, while United Artists reported and appreciable increase of bookings on “The Eagle” which preceded “The Son of the Sheik” the late star’s last picture.  In many sections of New York, exhibitors who have deemed it good showmanship  to make these bookings are telling the world about it in no uncertain terms through the mediums of special marquee banners. The usual theater mailing lists are being worked plentifully in an effort to cash in on Valentino’s death.

“A great tragedy says Sam Goldwyn. It will be felt wherever he is known”..

And how many of you children know that it was Peter Dixons story of the passing of Silent Film Star Rudolph Valentino that was the first to go over the wire? All’s fair in getting a store out first, and even Peter’s father admits that there was dirty doing’s at the time. Newspapermen were 30 feet deep around the door of the late star’s hospital room, waiting for the end. When it came Peter Dixon was well outside  the last line, and his henchmen whom he planted their passed him the signal and threw the other news hounds into a scrambled heap. Last week, by the way, there was a dinner in Manhattan for the reporters and press photographers who covered Valentino’s funeral. The dinner is an annual affair and the host is Campbell’s Funeral Home the undertaker. We hope the advertisers did their stuff. 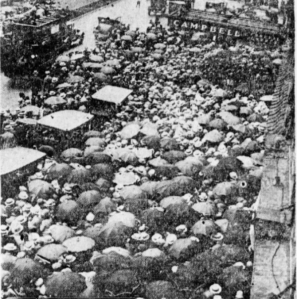 Romance! It is inherent in all persons, that desire and lacking in almost all lives..Rudolph Valentino

The death of Rudolph Valentino has disarranged the production schedule of the United Artists, making it necessary for Mary Pickford and Douglas Fairbanks to abandon their contemplated Oriental Tour. Neither knows, however, what the next production will be.

New York was in no sense the boundary of the irrepressible grief for Rudolph Valentino wherever the train that carried his body stopped on its long journey west more ‘unseen friends’ gathered, heads bared, cheeks sometimes wet with tears and among them some knelt to pray. In the towns and hamlets of many other countries this grief had innumerable counterparts. No one had expected so young a man to die and Valentino had meant so much to an international following. In the first shock of losing a loved one, the heart and its senses combine. Human sorrow found its more sensational expressions in New York, London, Paris, Berlin but in lesser places sorrow was as heartfelt, though evidence of it was not so spectacular. Untouched by the world outside, grief grew intensely personal and expressible only in poetry. So numerous where the poetic tributes to Rudolph Valentino that a volume of specialized verse could easily be assembled. No less a poet that the late Humbert Wolfe contributed to the London Observer a poem in remembrance of a dear friend. The Chicago Tribune the newspaper which had fired frequent broadsides at his national esteem wrote after his death “The death of Rudolph Valentino is a deep personal loss to most of us. We loved him because he was a weaver of dreams. Because he brought colour, romance, thrill into our daily lives. He embroidered drab moments, he smiled into our eyes and for a little while we too became story-book people and everyday worries were things that were very far away”.

In distance hamlets, stony-walled, where ends
Civilization in a sea bird’s cry, You made rough
Lovers, horny-handed friends, and ruddy cheeks
Are wet because you die. How many a reaper
With a muffled pain lashes her harvest where a
Red sun sets, into that heart you brought a dream
Of Spain, a scent of flowers, a sound of castanets.
And shapeless women working for mean pay
Remember, jogging on the laden carts O perfect
Lover, how you cast away money and roses and
Those bleeding hearts. Safe in the cottage shrine
Tonight you stand, some sun-baked yokel weeding
On his knees thinks of a duel for a lady’s hand, and
Hears a tango under orange trees. Rest people’s
Hero. Time can never take your gallant image from
The common breast; a chorus girl cries out her heart
Must break and it maybe you fed her need. So rest

This anonymous poem was discovered in a private collection of Valentino mementos.

M/S of Rudolph Valentino’s embalmed body lying in state. M/S of procession of men (including Douglas Fairbanks) coming out of building, they are followed by pall bearers carrying Valentino’s coffin. M/S of woman in black veil getting into a car. She weeps melodramatically, a man and a woman support each of her arms as she walks. The woman is probably Pola Negri, ex-fiancee of Valentino. Several press photographers take pictures. Various high angled L/Ss of the funeral cortege driving through New York streets, crowds line the way. L/S of entrance to church, tilt down to show coffin being carried from hearse to entrance. M/S of Valentino dressed as Sheikh emerging through curtain, he talks to a woman sitting on cushions on foreground (Vilma Banky). C/U of Valentino.