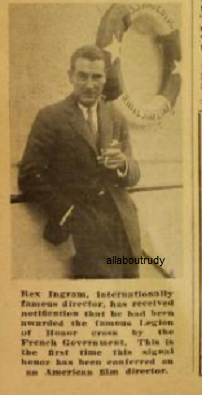 Actress Ann Harding who bought the Rudolph Valentino estate “Falcon Lair” for $75,000, didn’t like the place and sold it after five months for $125,000 to a San Francisco night club owner who doesn’t like it either because he doesn’t live in it.

The application of Elizabeth Reilley who is assignee of the claims of Clifford Robertson and Eugene Webb, Theatrical Brokers, Los Angeles for $50,000 in comissions from Rudolph Valetnino to drop the suit was argued before Justice Gavegan in Supreme Court.  Robertson and Webb were the agents who signed Valentino to Famous Players-Laskey Corporation in 1921 for a salary of $1,250 a week.  They sued for commissions, which they said were due even though the contract was not lived up to by the Sheik.  Objection to the discontinuance of the action was made for Valentino by Max Steur, his attorney.  He was no longer repped by Arthur Butler Graham who sued Mr. Valentino last year for services rendered during the same suit but was never paid.  The present lawyer contended Robertson and Webb contract to procure engagements for Valentino at the highest possible salary. He further sets forth before the agents tied his client to the Famous Players-Lasky contract there was concern they had received an offer of $5000 a week from Willis and Inglis other theatrical agents for Valentino’s services.  Robertson and Webb are charged with having failed to let Valentino know of this and similiar offers.  In his counterclaim Valetnino asks for $1, 004.333 in damages.   Justice reseved decision.

In 1897, Juan Xicart Bellavista was born in Spain and became a well-known Hollywood entertainer who held many roles such as: screen writer, tango, flamengo, apache dancer and actor.  At the age of 22, Mr. Bellavista immigrated to this country, where he changed his name to Juan Duval and the rest was Hollywood history.  Mr. Duval started his career as a fight choreographer hired by Metro to help Rudolph Valentino, for a movie scene in “Blood and Sand”.  Then in the late 1920’s Mr. Duval toured the Vaudeville circuit with the Richards twins with skits that featured dancing and music.  During one skit called “The Cave of Sorrows”, Mr. Duval would dance Apache.

From there Mr. Duval made local headlines when he joined the Hollywood Studios of Stage, Arts and Music as a Tango dance instructor. 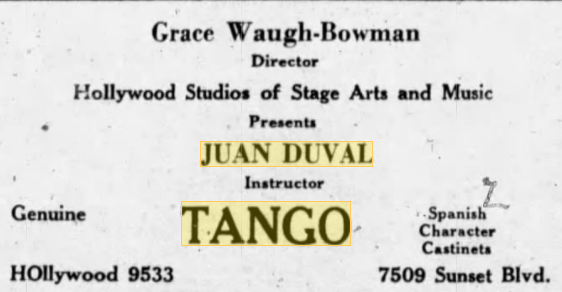 On Oct 1941, Mr. Duval opened a successful Spanish dance studio located at 2209 Van Ness Ave, San Francisco.  In 1942 Mr. Duval became an American citizen.  On Apr 1954, Juan Duval died and is buried at L.A. National Veterans Cemetery. Mr. Duval was serving in the Army, during WWI fighting in North Africa.  In 1958, Mr. Duval’s wife filed a lawsuit on behalf of her late husband concerning the 1956, Academy Award winning movie “The Brave One”.  Mrs. Duval believed her late husband who was a writer for this movie filed both a breach of contract and copyright lawsuit.   The story goes Juan Duval wrote the original screen play and died before film production started. Seems the King Brothers and Dalton Trumbo took credit and got the oscar.  Of interest Dalton Trumbo was a blacklisted writer and one of the Hollywood 10 during the communistic period. To this day, google searches show Juan Duval’s family are still bitter about the fact their father never received the movie credit and Oscar he deserved.  There is not allot of facts that show Mr. Duval and Rudolph Valentino were friends of any kind. 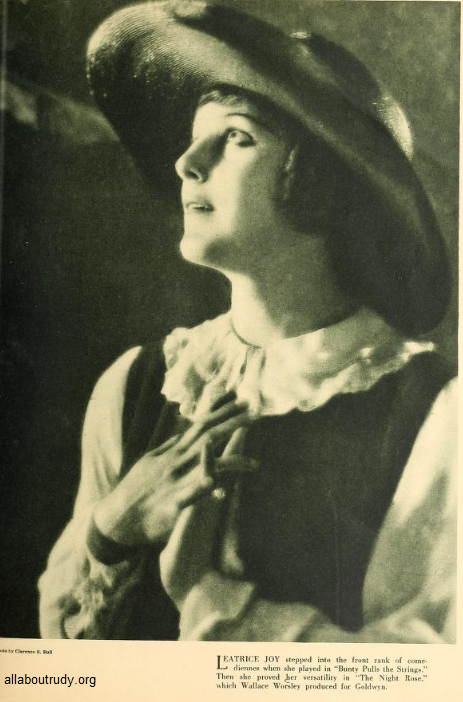 What will you do next?” asked June Mathis of Mme. Nazimova. Narimova has just completed the filming of “Stronger Than Death’” from an I. A. H. Wylie novel of India. She laughed. “That sounds as though you expected me to stand on my head or turn a handspring,” she said.

This year has been one of changes and I sincerely hope everyone continues to be safe and healthy during such a time as this. Many of you know me because you have been following this blog for quite some time. For those that don’t I began blogging about 7 years ago and this has grown into a labor of love that has been my pleasure to provide you the reader unique reading that I consider unique.  However, the time has come for a major change and its something I thought about for a long time.  The reality is this blog requires numerous man-hours for every post that is produced.  When you break it down there is research into different areas costs money and every year the price goes up.  So in order to continue to provide the quality you look for the road, I took is to become a Patreon.

The blog can continue to exist and flourish and I can add a different level and that is exclusivity. While social media and websites provide content that is of a similar nature, My approach will be to offer monthly Q & A sessions, videos, and exclusive content that I have held back and kept for just such a purpose as this.

It has been said imitation is the sincerest form of flattery and there are many out there. But it is my hope that I can create a platform that is not duplicated.  So if your a fan of my blog and would like to help support something that is original content and worthwhile. Please help support me at:

“My advice to would-be sheiks is this: Be original. Don’t be a second to anyone”. Rudolph Valentino 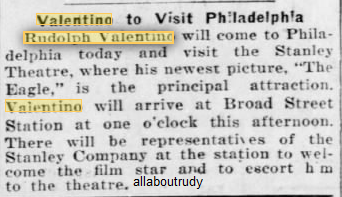 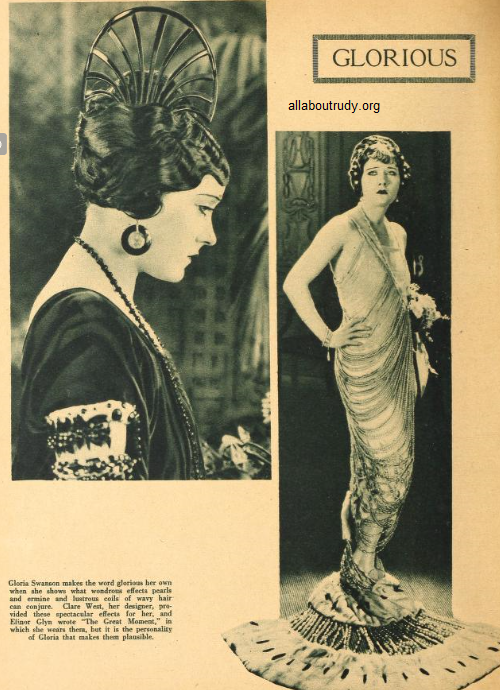 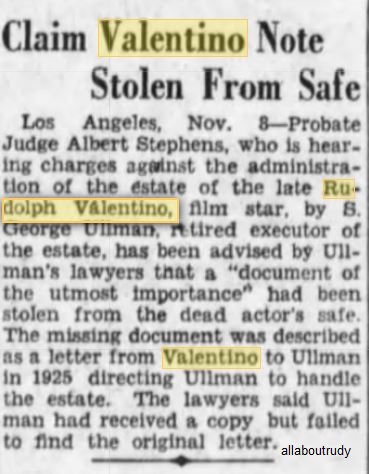 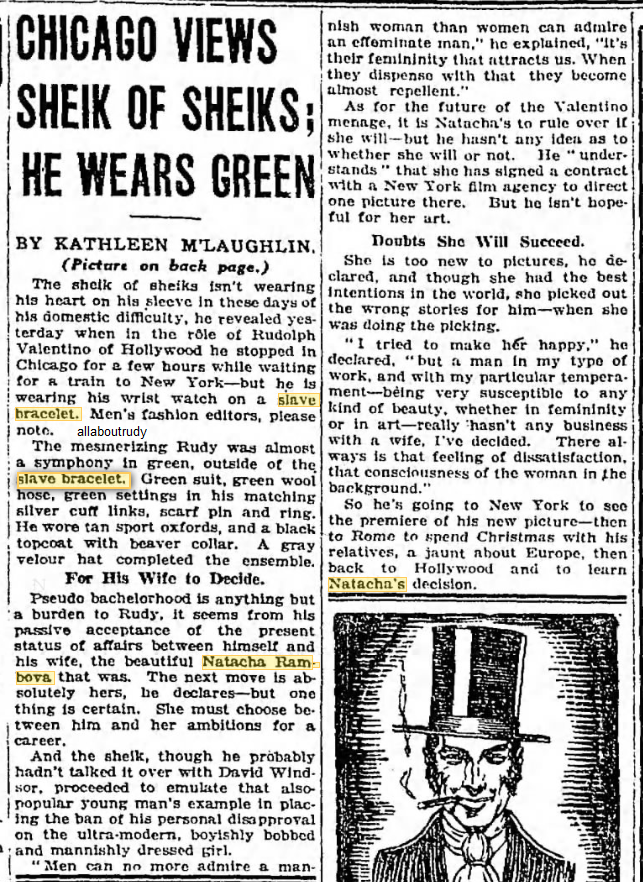 Rudolph Guglielmi better known as silent movie star Rudolph Valentino called at the Federal Building, New York yesterday and took out his first citizenship papers.  William J. Burns, formerly with U.S. Secret Service, came along as his sponsor.  Mr. Valentino wore a mixed cray suit, a gray cravat, a gray hat with tan leather shoes.  To clerk Frank O’Grady, who put the usual questions to him, he said he said he was a motion picture player, five feet eleven inches tall and weighted 164 pounds. He further said, he was born in Castellaneta, Italy on 6 May 1895.  He lives at 270 Park Avenue, and came to this country from Genoa, Italy, his wife’s name is Winifred, born in Salt Lake City, Utah and now lives at 96th Street, New York City.  A statement sent out last night by the publicity agent of the United Artists Corporation, says that as the first step in his application for citizenship. Mr. Valentino presented an honorary discharge by the Italian government from all military duties past and present.  This action was taken, it was explained, because of a rumor current during the World War in Mr. Valentino’s home neighbourhood in Italy that he failed to enlist.  It is further explained Mr. Valentino’s failure to take part in the war was due to a slight defect in his left eye.  For this his offer of military services was refused.  This defect, it was stated, does not interfere with his motion picture work.  A year after his rejection by the Italian authorities, the statement says, Mr. Valentino tried to get into the British Aid Service, but Major Manchester of the British Recruiting Service rejected him presumably for the same reason as that which led to the refusal of his services for Italy.  Mr. Valentino again sought military service under the draft rules of the U.S. and when he was turned away, he made another unsuccessful effort to enter the Italian military service through the aid of the Italian Consul General.  After the war, Mr. Valentino heard from a brother whom he met in France that he was slated as a slacker in Taranto, Italy. This was found to be true, but it was discovered to be an error which was later corrected.  The statement says that Mr. Valentino delayed his application to become a citizen of this country until his record was cleared of all stain.  Mrs. Rudolph Valentino returned from Europe yesterday on the Leviathan under her professional name of Natacha Rambova, accompanied by her mother Mrs. Richard Hudnut and said she intended to start work on a picture play in New York immediately.  When it was pointed out to her that her husband stated to newspapers he wished her to leave the film business and make a home for him, the screen star smiled and said “ I will let him do the talking. I do not care to discuss my private affairs with the public”.  She further added it was her intention to keep in business as she had done before er marriage and that the next move would be up to her husband. 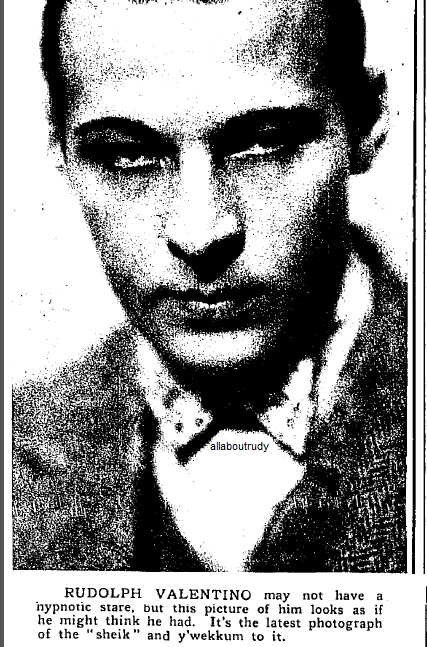