Posts Tagged With: A Sainted Devil 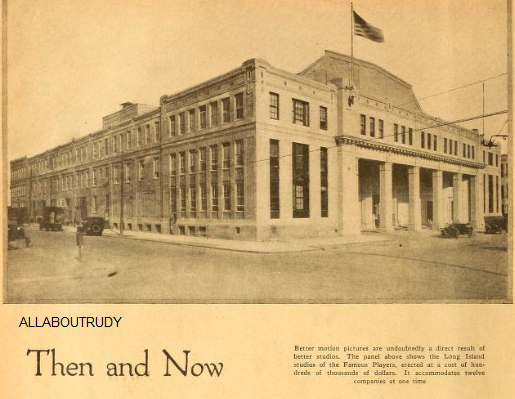 Famous Players Lasky Studios, Long Island, NY is where Rudolph Valentino filmed two movies there, one of which, “A Sainted Devil” (1924), was ostensibly set in South America but was shot in part in Farmingdale and “Monsieur Beaucaire,” a 1924 Rudolph Valentino movie shot in Queens, NY. 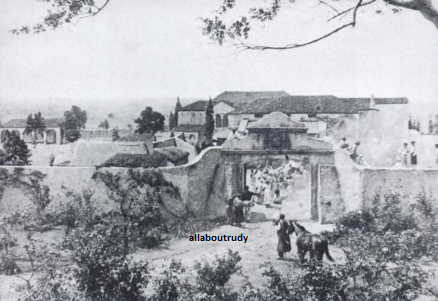 Movie set of “A Sainted Devil”

Posted on 02/11/2019 by 1926Rudy
Dayton patrons of the Colonial Theater ought to feel very proud to know they have been the first in the middle west to see ‘Rudolph Valentino’ newest photoplay, “A Sainted Devil”. Even New York City has not had a chance to see this photoplay, which, by the way, is one of the most interesting this idol of the screen has yet made.  This is a South American picture of contrasts the hacienda life of the Argentine contrasted with the smart social set of Buenos Aires, the Paris of the South Americas. This picture has fire and dash with the added charm of Valentino.

After seeing “The Sainted Devil” I wish to express sincerest appreciation for the acting of “Rudy” and “Nita”. The only thing I didn’t like was the way it dragged in several places, and I am sure no woman was ever as big a fool as Dona Florencia.

Rudolph Valentino’s new picture, “A Sainted Devil” from the story Ropes End by Rex Beach. Nita Naldi, Louis Lagrange, George Siegmann are a few of the prominent names which appear in the supporting cast of this production. It is a story laid in the Argentine, and tells of the country-wide search of a young Spaniard of wealthy parents for his convent-bred wife who was stolen from him on their wedding night by bandits. “A Sainted Devil” is declared to be the greatest Valentino production up to the present.