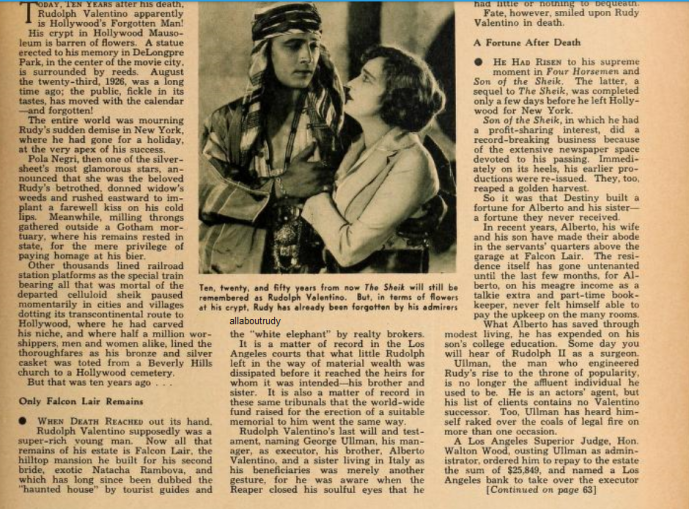 Last week’s pilgrimage by 1000 devoted fans to the crypt of the late Rudolph Valentino, on the occasion of the 11th anniversary of this death, will indicate how firmly intrenched a great actor can become in the hearts of his admirers. He is still fondly remembered by thousands, not merely residents of Hollywood but by great numbers in far-flung parts of the world. Each year, when the day of the star’s death comes, hundreds visit his resting place in a lovely corner of the Cathedral mausoleum at Hollywood Cemetery. This year’s group of worshippers was the largest. Fans remembered that Valentino’s favorite flower was the red rose, and the offerings which banked his crypt on his death anniversary were predominantly of this bloom. Worshipers who never forget, year after year, include his first wife Jean Acker; his brother, Alberto Valentino, Mrs. Emma Leutgeb and Mrs. Fanny Lichtenfeld. Mrs. Leutgeb living in Salzburg, Austria and Mrs. Lichtenfeld living in Richmond, Virginia annual send the cemetery money for bouquets of red roses. Faithful memorial groups which also sent flowers were the British Valentino Memorial Guild and the Chicago Valentino Memorial Club. 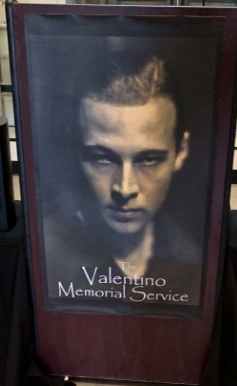 This year’s 93rd annual memorial service is a tasteful tribute to a great silent film star that once again, brings the Valentino Community under one big sky both physically and virtually in a time of challenges in order to comply with county public ordnance.  The committee decided to go back to a time when it was held outside in order to accommodate fans. 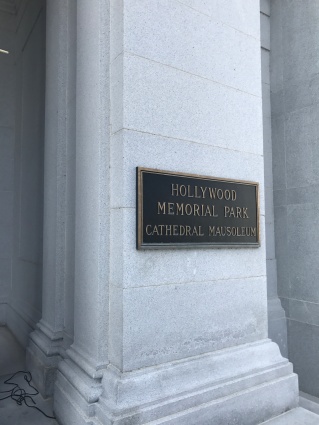 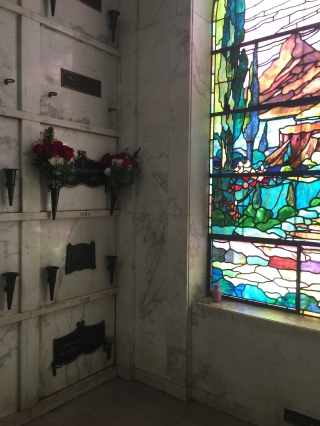 The whole service from start to finish still shows the world that inspite of a global problems affecting everyone. People will still mourn a great actor that left this world too soon.  The speakers, singers and video tributes were again mindful of why there was a virtual and physical presence that we still adore him and feel he left this world all too soon.  We greeted one another and cried when Ava Maria was song so beautifully and when the 23rd Psalm was spoken we knew another year has gone too soon.  May next year’s service show that we still care and will never forget.  I would like to thank the Valentino Committee and Tracy Terhune for putting together such a wondeful service. 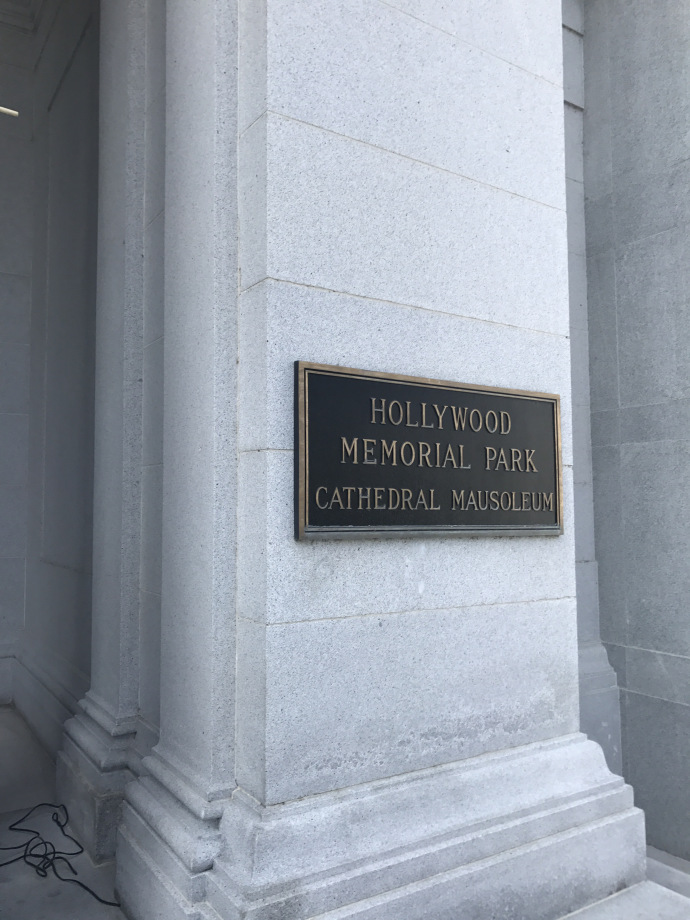 As a reminder – on 23 August 2018, Hollywood Forever Cemetery, Los Angeles, CA will be the site of the annual Rudolph Valentino Memorial Service.  This is THE oldest continuing memorial service to a wonder silent film actor that this blog is dedicated to – Rudolph Valentino.  At that time, I will be watching via Facebook live.

Aug 2016 – How the Death of Rudolph Valentino Affected Me

I started this blog because of a mutual admiration for a silent film star who lived a brief life long before I was born. Rudolph Valentino he was a dancer, an actor, a producer who I am fascinated by.  One evening, 15 years ago, I watched one of his movies “The Sheik” on TCM and I absolutely felt mesmerized about him and by him I never felt that way about an actor before. There was something about him I couldn’t figure out what it was or why but all I know is that I became a fan. Through my journey of discovery has led me to know a bit more now than I knew then. I have met some wonderful people who have passed on their knowledge about him which I am forever grateful.

In Aug 2012, which is the anniversary month of his death. I decided to watch the newsreels of his funeral service. I seen the people crying and frantically wanting to take that last look of his body before being moved to its final resting place at Hollywood Forever Cemetery, Los Angeles, CA but I didn’t “understand” why?  On 23 Aug 2012, was when I seen my first Valentino Memorial Service on YouTube. A moving tribute to a man  who still shines in the hearts and memories of his extremely large fan base.  Finally, I when the service was over with it all clicked and I “understood” why in 1926, and every year thereafter, everyone was crying and felt as though their hearts were broken by the death of a man who they never personally knew but felt they did.  You see his death affected me on a personal level because I felt as though I lost someone dear to me to although I never personally knew or met him. In Aug 2014, I made it my mission to visit Los Angeles and my first stop was to visit Hollywood Forever and to visit his grave.. Although I have never been to Hollywood Forever I seem to know exactly where his final resting place was located. I was lucky there was no one around which gave me the opportunity of a lifetime to spend time in silent contemplation and I talked to him. I told him how much he meant to me and that I met some wonderful people because of him. That I wish the world knew more of his talent, that I was sorry that he did not have the love life or the children that he wanted that people loved him today and that he was appreciated for the talent that he had and was. During my brief stay I made a point of going everyday to visit him and my last day in L.A. I told him I would be back and I kept my promise and came back in 2015 and I will in a few weeks time to see him again keeping my word to pay my respects to Rudolph Valentino who has like other fans before me and fans after me a piece of my heart.